In the novel, Plain Truth (by Jodi Picoult in 2000), Katie told Ellie "This memory was the only thing I had left, and you gave it away", because Ellie put Adam speak on the witness seat during the trail. And Adam was the only thing that Katie left. Ellie didn't understand that in the beginning till George asked about Coop's relationship with Ellie on the trial.

I understand why Katie wanna keep Adam as a secret, because that's the way she owns Adam, even he left far from Katie for about an year.

I never mentioned about you to anybody, and that's the way I keep you with me. The way you smile, the way you talk, the thing you hate, the way you look at me, the things you have said, the family you have, and anything that's matter to me never been told to anybody. I don't allow anybody around me to get to know you because that's the memory I had left, and nobody can take away from me.

What left with me is the most precious thing I have ever had. Even though you are far away, I still miss you every single day in my life, and I know myself very well that I never want to let you go. And the only think that accompanys me every day now is those memories you left to me. That's never enough, because I know there are so much I could learn from you, but that's really what's left. 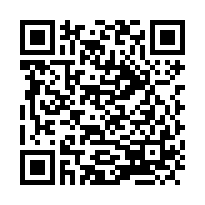