Here, I am not talking about butt!!

Well, I had wrote an article to bosses. And here I'd like to share the experience I had today.

Seriously, if you don't like a person, just let it go. You don't have to make yourself look so bad, or act like you are standing in the sky so that you can look down in the world. Every single person in this planet was birthed by a mother, and you don't have to put your nose so high! And guess what, you are not like 180cm tall, so deal with it!

Okay, today I went to an interview, and the company is located in a very small alley. If I am younger, I won't even think of steping inside because it looks abnormal, not like a company should be at all. However, I am old enough to understand not to judge too early by looking at its outfit, so I steped in. There is no way you can run away from it, so I had to fill some test forms again. It's not that hard because it's just translating an English E-mail and then reply this E-mail with English. I have done this since I started to work, so I don't feel it's too trouble to write an English mail, but I have to admit that I do have some difficulty to translate it perfectly in to Chinese. After all, I was trained to speak English without thinking what to say in Chinese. However, I don't think it's a problem because I know what that E-mail is about, even my translation isn't that good, my reply should show that I understand it well.

After I finished my test in hand writing, they told me to type it out by computer. I am not sure what's their purpose because I couldn't think anyone in my age wouldn't know how to type. And I think you can hardly find a company which doesn't use computers to communicate with customers. Thus, what's the purpose???

So, here is the president's son (that's not a good sign for me at all because I had experienced pretty much by working with family, and I could tell you that it's no fun, and I suggest you not to consider to work in this kinda company) who read over my test paper. The question he asked was totally out of my mind, because he asked "did our lady teach you how to reply this E-mail and you just simply translated it into English?" I was like "no, they just told me to reply this E-mail by myself, I worte it based on the E-mail." But deep down in my mind, I was saying "fuck you man, are you out of your mind? I don't need your employee to tell me how to answer my test, ok!! And are you saying that I cheated?! Asshole~"

Even though I learned not to judge by its outlook, hell, it surely doesn't look good inside of that outfit too. Thus, I don't give it a shit if they will think of hiring me or not after I walked out of that office (I don't even think it's a office tho), besides, they are kinda cheap ass.

After an hour and half, I got a phone call from the president of that company told me that they want to hire me. He also said "we have many people come to interview, they have master degree. And basically, you are not really any better than them. I want to hire you just because you have experience in living and working in China. That's all!" Dude, are you out of your mind! My salary in the last job is ten thousand higher than you offer, and if you do think that those people who have master degree is better than me, why don't you just go after them and save all your fucking words!

Seriously, I doubt that all the companies in that area are weird. I had a job near there before, and the head of the company acts exactly the same way! Don't appreciate anybody and try to take as much as they want. They don't treat people nice, and no matter what you do, or how hard you work, they just think you only deserve to stay under their shoes, so that they can easily step on you all the time. Sometimes, I wonder how come in their age, they could still think or speak in this way, especially they have done business for so many years. Why so cocky? Why to threat people who are just try to get a life?

For sure, I am very happy that I am NOT like them at all, even though I don't have job now. At least, I know how to respect and appreciate people or things. And I love the way I am! 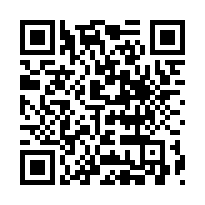