I went to another interview today, it is a pretty big company with about 140 employees in Taiwan, and thousands oversea. Their major business is garment and their customers are well-known, such as GAP......

In the first place, I didn't expect too much about this job because I don't really know if I will have passion for garment at all. But I thought it's no harm to give it a try and to take a look at the company. Before I went to this interview, I had one in the morning and it didn't go very well because the question I asked seemed to make the interviewer irate for certain reason. However, that question never cause the feeling for any of my previous interviews, so I am not really worried about her reaction. It's just that I did have a little expectation about this interview, but it didn't go as smoothly as I thought. Thus, in the afternoon, lets say maybe it's the "garment" and also the interview this morning made me not expect anything from this interview.

What's annoying me a little is that big company always like interviewee to fill a lot of forms or do some tests that took at least one hour to do those paper. And this company asked me to fill a resume (3 pages), an aptitud test (80 questions), a test (4 pages, including English and math). It took me a long time to do the math exam because I am very bad at math, and I couldn't help myself to think those questions must have some tricky parts which I don't see. But surprisingly, I did it well, at least the interviewer said I did it pretty well. Another tricky part I think is that aptitud test because it's not hard to find out it asks about similar questions over and over again. Sometimes, I really wish I can make my answer in consistance more, but it is just too tricky. However, the interviewer is very satisfied about my testing result because my score of system ability is pretty high, and what surprised me the most is that my score of  social ability is high. A person like me who doesn't have many friends, I don't think his/her score of social ability can go anywhere but close to bottom. Besides, I think I am much better to hide behind the computer to talk a lot of shit in this blog than speak in front of anybody tho. Thus, when I said I don't go out to hang out a lot, the interviewer was kinda stunned.

Well, I just can say that I had a good conversation with the interviewer this afternoon, and I do think that it should be a good thing to work with her. And guess what, she is a very talented woman who speaks good English and French. Thus, I guess if I will have chance to work with her, it's gonna be great and I will be able to learn a lot from her tho. 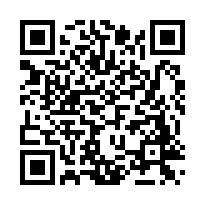