When talking about tears, I was an expert because I cried a lot. However, I was also an expert to hold my tears. My personal record to hold my tears is 2 months. It is funny that when people are abroad alone, tears will come much by something small.

One time when I was in China, I cried for something funny.

That was the first time I stayed in the dorm alone for 4 days due to National holidays. My cousin and his wife went to visit his wife's parents in other province. It wasn't fun to stay there alone because I really didn't know what would come to me, nothing I could expect tho. Thus, I, of course, checked all the windows are locked and double checked if the door is locked well before I headed to sleep. I remember I locked my door and pushed & pulled my door to ensure that nobody is able to open it without key, and then I went to sleep! But who would expect what's gonna heppen in the next day......

Nice, it was so great to stay in the dorm alone because there's no noise and nobody walk around in the dorm, so I slept pretty late that morning. In the afternoon, I thought that I should go talk a walk outside since the weather was nice, but shit, what the fuck!! I could not open this God damn door even I had unlocked it!!! And shit, I was there alone and knew nobody who live nearby could help. Shit....I called my cousin who has no idea what's going on isn't able to help, and then I called a guy I know from the factory to see if he could help....and this guy is such an ass to tease me a lot...so I said to him "fuck it, you dumb ass" because he kept saying "so, you want me to rescue you? are you sure? then you wait there till I finished my lunch...and I would consider if I will go or not". And then, I stood in our belcony to see if our security guard could help or not, but non of them came to our apartment. I was so pissed and mad at myself... what the hell I did to put myself in this God damn country alone. Thus, my tears came to my face somehow. However, I was lucky to find somebody to call the security guard come and throw him my key to ask him try to open the door from outside. Therefore, I realized that I should not pull my door while the door's locked coz it will be stuck!!

I think that time I cried is because I was frustrated and a bit helpless in that situation, especially I was thrown in that country alone, and I didn't want to go there at all. And one thing I learned is that it seems people become more fragile when you are in a foreign country alone. Like I was watching a TV program the other night, it talked about people who have studied abroad could cry because they found Chinese food in foreign countries. They were not exaggerated tho! I remember when I first arrived USA, I really did not know what I should eat in the first two weeks, because we cound't help myself to see the price and then caculate it in our mind to see how much is it in New Taiwanese Dollors. Of course, it only turns out that you would rather not to eat because you don't think a god damn small saulty bow soup can cost you US$2~3 (about NT$60-90 that time). Therefore, the first two weeks, I ate only one time a day and most of the time, I went to attend some activities for free food, such as hot dogs, chips, and coke. Gradually, I started to know some friends who have car to bring us to supermarket and find some Chinese or Vietnamese or Malaysian stores. You really have no idea how happey we were to find those stores, and we even spent about half hours in that small store (smaller than our 7-11 or Family). That store, in the end, became our most favorite store ever, and it does feed/help a lot of Asian students there tho!! 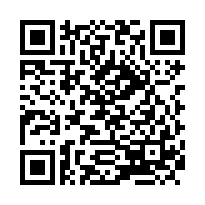