Perhaps, I am just a weirdo to think in that way, but it can be true tho!

Few years ago, I had a shabu shabu as dinner with my teammates at work. One of them brought her fiance who we heard of his name for a long long time but never really seen him in person, at least not his whole face because whenever he came to pick up my coworker at work, he always wears his big ass helmet which covers most of his face.

Girls are always like that, you know....oh, don't tease my boyfriend...oh, don't laugh at him...oh, he is just being honest....blah blah blah a lot of bullshit just to defend or protect her boyfriend. Well, I am not against this action, but damn, cannot you just stop acting so much!! I meant let us tease your boyfriend for a while won't make him run all the way from you tho! Be a little bit general to your friend in front of your boyfriend isn't gonna kill you anyways, besides, you should know your friends because we don't fucking faking act in front of your face anyways!.....(oops, not really relate to what I am planning to write here...excuse me...okay, I am coming back to the topic)

I noticed that this guy is really the one for my coworker! Why? Just from the way he looks at her. The way he looks at her is like he admir her, that she seems to be everything for him no matter where they are. He puts his hand from time to time on her back, and just to show her his support. It's not like he is stuck on her....he didn't ignore others, he didn't lose his attention on the talking topic, it's just he never forgets his girlfriend is with him.

Another coworker, S, brought his girlfriend to sing in KTV with us. He never left any of us alone. He talked to us a lot, but sometimes, grab his girlfriend's hand tight, play her hair a little bit, stretch his hand near his girlfriend to remind her that he didn't forget her by chatting with us more. Sometimes, the way he looked at his girlfriend, you can see the admir and the softness.

So, that's how I think S loves his girlfriend and my coworker's fiance loves her!

When you love a person, you will not want to lose your attention on him/her. He/She is everything and it's just great enough to look at him/her. A blink, a look, a little touch, and a little smile can mean a lot. Just a little movement can show a lot of love!

I hate people who is acting too much, such as stuck together... a lot of couples love to walk on the street by leaning on each other, as if if they don't do so, one of them cannot walk at all; Or they have to kiss each other a thousand times in front of everybody.....even saying dirty things or whatever make all the fine hairs on your arms stand right up!! Anyways, I just don't think that mean they are truely love each other.....maybe they do, but for me, that's just something you can do privately...to show all your passion to each other. But in public, a pad, a little touch, a blink, an eye contact means much more than everything!

What do you think?! 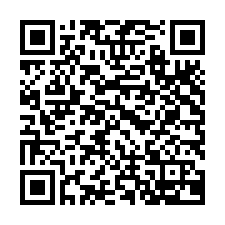