J is a very special friend, becuase I know him from China, not in Taiwan, not in USA, not in Australia. He is an Australian who falls in love with Chinese culture. He started to study Chinese since college, and be very interested in China since that time, so he took off by himself to find a job in China four, five years ago.

In the city like ShaoXing, it is not a hard thing to know that you meet J in the street. Why? I tell you why now! 1) ShaoXing is a god damn small city, you can easily meet someone you know in the street, no matter where you go; 2) J is super tall, 190 something cm, and local people in ShaoXing are so freaking short, so if you see some foreigner 190 something tall and white, there is 99% that this person is J; 3) J knows over 300 people in ShaoXing. If you include all of his students, it should be over 300 people. So if you cannot be sure if it's him or not, you will hear some other people call his name.

Thus, that's J I know. It's sometimes annoying that he has to reply a lot of messages from his friends when we hang out, and it's also annoying that we have to stop a lot while walking in the street because there are always people saying hi to him! Really....no joke! There is only ONE Starbuck in ShaoXing, and normally, there are many foreigners love to hang out there. And J is one of them! Whenever I tried to meet him there, before he walked to my table, he has to stop by at least two tables to reach me. That's really crazy! There was even a period of time J refused to walk by Starbucks because there was very high chance that somebody would recognize him, and ask him to sit and talk! Again, he wasn't joking, that did happen!

The very first time I met J was in Starbucks, too. I was having my Mcdonald lunch with a cup of Starbucks! I kinda looked ugly by talking to him with full mouth of hamberger, but who cares? I was fucking hungry that time! And then, because of my cousin and his wife thought of having English class with him, I got chance to know J more. Then, J took me to bars and again, showed me how popular he is in bars. He knows almost every forigner, and a lot of Chinese girls and guys all love to chat with him. So, I guess that's one of the reason why his Chinese can be that good tho. It could take him 10-15 mins to walk to the bar to get another beers and come back to our table, and he had to leave our table every 20 mins because someone he knows walk into the bar.

J likes to hang out with me a lot because I never gave him any trouble, like he needs to take care of me because I was new there. And gee, he did enjoy looking at me drinking vodka lime shots by shots because it seemed that I never got drunk (oops....I am not that good). Another thing is that he likes me I never force him to do anything, so he could just take off whenever he wants and I wouldn't say anything bad!

J is really one of my good friends because we do talk a lot of shit. Hahaha...I meant our topics are really unlimited. We talked about girls, guys, and whatever comes to our lives. There were so many times that we got the same comment to one thing, which is so great that we finally can find somebody to bitch on one thing together. I like to hang out with J because he talks a lot and I will never bother myself to find a topic to make the conversation, and our conversation can always just go on and on and on and on if non of us try to stop. Both of us all agree that because J does all the talking while teaching English which made J so fucking talkative...hahaha! (Asian students don't tend to speak in class). Anyways, he had once complained to me that how come he told me so many private things to me....hahaha, dude, I never forced you to say anything to me tho!

Yes, J is another friend calls me "dude" ... and he is the "dude" for me too. So whenever I got his phone call, the first word I would say is "dude, zup?" and a lot of time, J would make stupid noise! This dude did a lot of funny things himself, and he always love to make fun of himself. So here comes a joke that I will never forget........

He went to a party held by one of his coworkers in KTV one night, and he met this girl he never thought of seeing her again. That girl got drunk, and then told everybody that she had sex with J and he never called again. HAHAHAHAHAHAHA....and one of his coworkers told J that "wow, I didn't know you are that naughty" (lol)
When I heard that, I was like "fuck, dude, what the hell?! you were so in shit, but how come she came to the party?"
Then, J commeted that she was his student, and he wanted to date her long time ago.
I was like "damn, you are fucking stupid, how come you have sex with your student? are you out of your mind? don't you know teacher should never date students?"
J said "dude, I was fucking waiting for a long long time till she didn't attend our school to have sex with her." (hahahahahaha)
And of course, I must ask him what caused him never call, is J really that asshole when comes to relationship?!
So he said "dude, have you ever met somebody never stop talking, even after sex? She fuck talked for 5 hours straight after I fucked her!" (hahahahahahaha)
I replied "Never, but I understand that you would be tired. But didn't you try to stop her in any way?"
J said "Of course, I gave her every hint I can. I even did it again and that didn't stop her from talking!! She was driving me crazy and I had class at 8am next day" (hahahahahahaha)
Thus, I was just hahahahahahahaha all the way ....

I always had fun hang out with J because I couldn't stop laughing most of the time! He really isn't that bad, but a very sensitive friend who knows very well how to help others. He could be a very true friend because he usually gives more than takes! He did a lot of stupid things to help his friend by giving his place for others to live, or covering others' works....he does show a lot of care to his friends. Maybe the result didn't turn out in a good way which may disappoint him, but he is always there trying to help, and he is really very good at making people laugh!

No matter what, I does believe that J will finally find a very good Chinese girl to spend life together with him, because he deserves to be treated well. I was lucky to know him as a friend, and hopefully that we will have chance to meet again somewhere in this world. And I do hope that he can improve his way in dancing sooner or later (lol...no more big mokey dace!). 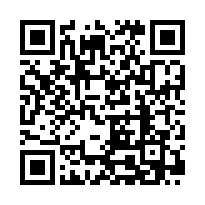