Before 1995, teachers were the most repected, and they were always persons to be considered to do right things only. Of course, this weird perspective is way worse in my parents' age. Teachers can beat students, even parents authorized the right to teachers to allow them to punish their kids as long as it's necessary. My teacher in 5th and 6th grade in elementary school, was a very famous teacher and his reputation came from his strictness. Seriously, no one in our class was never beated by him, no matter how good your grades were. He had this flexible stick (cane) which is a very strong weapon to hit on your palms (of course, both palms). And he'd his hands as a good weapon to slap you when he couldn't grab his stick in time.

He usually found any reason to beat students, such as if your grade is under A (A-, B+, B,....) for your assignment, he would beat you with his flexible stick. One time for A-, two times for B+, and so on. I remembered once I went back to our classroom after done my cleaning work in play ground, one of my classmate asked me to get into the line in the front stage. I was kinda naive and didn't realize what happened there, so when it's my turn, I just know that I got A- for my writing assignment. No fun!

He also forced us to memorize each lesson in our Chinese textbook, and we had to write the it down without looking at the textbook every morning (we needed to go to school 30 mins earlier than other classes to do this test, sick!). And of course, he asked no sounds or talking during the test. There was one morning, a stupid student made a sound by using the blade (for artwork), and unfortunately, the teacher was in a very horrible mood, so he needed to punish this naughty student. Of course, no one would like to turn himself/herself in under this kinda storm. Therefore, he made everyone stand up and raised both hands above our heads for two periods of course (50mins each period). Still, there was no one admitting the "crime". Then, he yelled everyone go outside of the classroom in lines. He called one student in one time to ask who is this "blade murder" as if this is a serious case needed to be solved. In my memory, he didn't find this criminal in the end, and we never knew who did it anyways.

His sickest work is to almost break a little girl's tendon by hitting her heel with the flexible stick for two hours. That girl was jumping everywhere in the back of the classroom while he hit her, but no matter how hard he hitted, she just did not say why she went home at 8pm last night (This always reminds me how tough we were in that age) !! After the teacher was tired, we sent this girl to the school clinic, the nurse said, if the teacher kepts hitting her heal, her tandon will break soon.

As I said, no parents complained about what he's done to us, instead they kinda encouraging him to punish us as much as he wanted by sending gifts to him. I was kinda having this mind demaged that time, I always cried a lot on Sunday night because I had to return school next morning. My mom once told that teacher that I had this problem (frighten to go to school), and asked teacher to be a bit nicer, don't scare students in that way, but it never worked. Thus, I was so fucking happy when I graduated tho!!!

Later, in my senior high, we heard a lot of news about inappropriated behavior done by teachers in school, such as phyical punishment (half squat, put water pail over the head, hitting, slap, and blah blah blah). Or some teachers insult students in class by calling them pigs, or stupid. This bad behavior was reported to higher administractor to claim that students are in frighten, and demages in their sweet little minds. So, there are news everywhere, and school starts to have some policy to ask teachers not to punish students in a wrong way. TV shows also have a program to discuss if teacher should stop the punishment or not, and in what ways, maybe it's more suitable to educate students.

Till now, most of parents have become the way like "I punish my own kids and you, as a teacher, don't touch my kid".

The teacher I had in 5th and 6th grade in my elementary school, later got sued by some parents because he punished a kid. When I heard this news, I just thought that how come these kids are so weak, see how tough we were (lol, joke). And after couple years, he got cancer. Somehow, I thought maybe it's because he demaged too many kids' mind, he got this illness.

To be honest, the way he punished us is really not suitable at all, especially he slapped kids a lot. Maybe he did try to control his strength, but it's still not a good way at all. 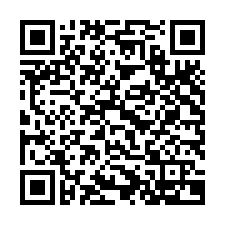