Bonjour, comment ca va? ....that's the best sentence I can speak in French.

In 2007, I felt sick of my work so I figured that I should do something else to distract the bore occured at work. And I was into learning French as my third language (after English) when I was in college, so I registered French courses from a cram school nearby. Of course, French isn't an easy language to learn but at least, it's kinda similar to English (I thought). I had a lot of fun and enthusiasm during classes, and also I spent most of my free time to study it. It was very cool, and I love that. However, the work to China forced me to stop the studying, even I had tried to learn from a French tutor in China (don't know why he just quited teaching me).

So, since I am back to Taiwan, I decided to recall my lousy French back. Going back to the same cram school isn't the best choice because my old classmates are all in higher level, and some of them left to another cram school already. And my old teachers all left that school for certain weird reason, so I don't think it's gonne be as fun as usual. How about to find another school? It sucks....
1) You need to take test which I hate it;
2) You have to buy new textbook which I already have 3 different textbooks and they are all freaking expensive;
3) There are always excuss to hold the class, such as your classmates drop classes so there is no enough people for next semester, or teacher needs to take a month off to visit his/her family or have vacations (to be honest, foreigers tend to not to give it a shit about their work; whenever they think they need to go on a vacation, they just go no matter what).
Maybe hiring a tutor is way more expensive than go to school, but think in this way...
1) You can learn more and whatever you want;
2) You can have class wherever you want;
3) You have the teacher for your own for asking questions and the teacher can focus on you totally;
4) You don't need to buy a textbook (just use the old one is good enough);
5) You don't have to care that your classmates will laugh at you because you make mistakes on speaking or you just don't understand what the hell is the teacher asking about;
6) You won't be dropped from class because the number of students isn't enough to have a class;

Anyways, I finally hired a tutor who is an interesting person from Lebanon. He looks funny with a long hair and beard, and he is not tall. Somehow, he looks like my old friend back in US, Ash who is also from Lebanon, but now he seems to become a US citizen. So, I am sorry if I am wrong, but I now suppose Lebanese mostly are short and similar looks. Another funny part of this teacher is that he came all the way to Taiwan for his Taiwanese girlfriend (I have no idea how they met so don't ask the same question as my mom did) which is a romantic thing. Hope this relationship can work very well tho!

Not surprise at all that I lost my French a lot, but to be honest, I don't think I was any good anyways. Therefore, my tutor decided to review the old material and teach something new at the same time. And in order to improve my listening and speaking, there is going to be at least 30 min conversation every week. Yeah....crap! I was assigned to listen to 2 French songs he recommended might be a helpful material for me to practice my pronunciation. (No fun)

So, I have one week to do all these stuffs....I will try to have fun tho. After all, I am done all the seasons of Grey's Anatomy (waiting for new episode). 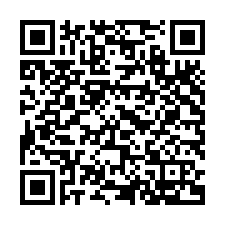