Since I was a kid, I have my own table to put my own stuffs and do my own things. And until we moved to another apartment, I started have my own room and everything, so I didn't really know the feeling when you have no your own place. Like my cousin, she lives with her parents, her brother, and also her grand-parents in a not-very-big appartment and she always admire me because I have my own room. I didn't really know her feeling but finally I started to understand.

After my brother got married, because the parents of my sister-in-law would help to take care of their kid, so my brother moved to live in with them. A lot of time, he told me that he doesn't expect too much that time but he just wanna have his own table so that he could put his own stuffs there and do his own things. Again, I didn't understand his feeling well and after he got his own apartment, I still didn't "really" understand why he has this happy face. His happiness seems more than that. But now, I understand why.....

I've been Canada for more than 6 months, living with my hubby. It's his apartment and he has quite many stuffs and mine were mostly left behind in Taiwan so I didn't ask too much space for myself. First, all my stuffs were in the big suitcase I brought it over with me, and then one day, he cleaned out his closet and two drawers for me to empty my suitcase and which made me feel so happy. But after months, I started to feel like I am not feeling comfortable by leaving my stuffs in that corner because maybe my hubby wouldn't feel happy about this. Or sometimes, when he told me to move my stuffs, I felt bad about this. And then, I remembered what my brother used to tell me that he just wish to have his own table and I, finally, really understand what he was talking about.

To have my own table, I put whatever I want and I don't need to move anything because someone else doesn't like it that way. To have my own table, I could stay there as long as I want and don't feel bad to occupy that place for too long. To have my own table, I could really feel like I belong here because there is small part of this apartment belongs to me. It's maybe weird to explain it in this way but this is exactly how I feel now. However, I understand if others won't understand because I was one of them. Well, at least, when I tried to explain my feeling to my hubby, he didn't really understand tho but I didn't blame this on him because we are living in a small apartment now with his childhood friend. Therefore, when we really have our own house, I will surely ask for my own table tho.... :) 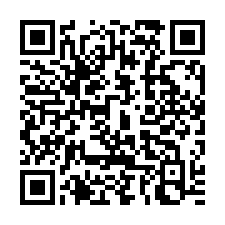