2010 was a very interesting year for me because I experienced the worst thing and the best thing. Well, skip the worst thing because it really worths nothing to mention it again. Besides, I'd bitched about it for so many times already and I am fucking sure that you wouldn't wanna hear it anyways. Thus, lets take about the culture shock part 2.

Lets say it can be categorized in the "good thing of 2010". Well, maybe it's not really the culture difference but from the way I look at it, it's maybe workable.

Okay, lets say I am from a family that all the members are not good at expressing their feelings at all. We don't hug, we don't say love you, we don't really experess too much but if we do express some, that's really something huge, not just big. Take my dad for example, it took him one year to ask my mom why my uncle's family didn't visit us any more after my uncle's family didn't come to our place for one year. Maybe we are really retarded on speaking out our feeling but when it comes to anger, we are not bad at it tho. Anyways, what I meant is that maybe we really appreciate about something, we don't usually say it with words, we usually do something good to others as a return. For example, when we see something beautiful, we will say "it looks beautiful" and that's all, no more good words but we will surely take care of it tho.

However, there are always people exaggerating. Well, maybe you think it's normal but for me, it's really fucking exaggerating and I meant, what the hell....too much, really too much!!

In 2010's christmas, I was invited to some christmas. Everybody was all well-dressed and ladies were all "well-makeup" or "too much makeup" to celebrate this lovely and wonderful festival (Am I exaggerating? Yes and No.) And very often, you would hear "high sound" as if something big happened but the truth is maybe that person just met someone he didn't see for a while or that person just received some gift from others. Well, that's okay for a party with a bunch of people because hell, as long as I am not in the middle when it happens, I am safe from it coz that sound would be too loud for me, especially when it comes from a woman.

Thus, here is a tiring experience:
It's christmas morning/afternoon so time to open the gifts and usually, each person will receive more than one gift from others. And it's more like taking turns to give. For example, if you have 5 people in this party, you have to be surprised or act like you are surprised every five times and sometimes, you also have to smile a lot when you see others are happy or acting happy to receive the gifts. Thus, lets exggerate it, if you are really faking all the emtions, you have to fake for 5*5=25times (if my math is not that bad). And please, never forget the timing because it will last more than one hour, so you maybe survive if it's only about an hour or two, but after two hours, I don't think your face can function well.

Therefore, imagine I was in a 7 people's gift time during christmas........fuck, it's killing me. Excuse my French, especially it's during christmas, but very sorry that I am really NOT good at expressiving my good feeling. When I like it so much, I will tell you thanks probably more than 2~3 times. But if I dislike it, I will tell you thanks one time and just to be polite. But hell, the females in this family are super good at using words. To see them open one gift and then make several comments about it, it will take like 5~6 mins to finish all the process. Fucking long la.......it lasted for 3 hous to look at everybody taking look at their gifts and making comments. TOOOOOOO LONG and don't mention that they love to have a long meal. It already took us 2 hours to finish one meal before so cannot you just make it quicker.

For our Chinese New Year, we usually have our meal for like max 30 mins and another 10~15 mins to give kids red envelops with some small talks. Usually a thanks can mean everything!! After that, some go play games, some go watching TV shows, and some do their own stuffs, but we all try to be in the same room tho. Sometimes, relatives will come to our place to have some more fun together tho. I meant it's more simple and not too much express our own feelings with words. We use laugh-out-loud, nodding, shaking, and yeah, more body languages than screaming in something with happiness (ha, if you know what I meant).....maybe Japaness is more like Western people tho. When you see the Japanese shows, people act abnormally to something that's really nothing, or making sound like "eh......" to express their surprise.

Till now, honestly, I am still learning to litterally express my feeling to my friends here, not only just a "thank you" but maybe put more words to show them my appreciation. Or, telling people more often, such as...you are really nice, you are very pretty, you are really cute, you are very good at what you are doing, you are the man, you are so wonderful...blah blah blah....And yeah, I think everybody should do this more often. After all, it makes everyone's day better but just remember, don't exaggerate it. Say it only when you really feel it, don't make it too much and you know what, sometimes, enough is enough!! 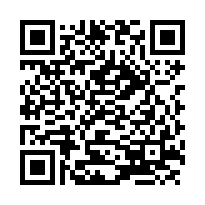