There were many many things happening this 2010. Most of them are not good things but I am glad that I got through them all. After all, I survive but I am not really proud of myself because I think I've changed, changed to a person I am not appreciated at all.

To work with some crazy woman is not an easy thing but I did it about two years. Not many people would understand why I said so but for those who know this crazy woman, they are all kinda proud of me tho. She is 44 years old woman who doesn't get married, raised 6 annoying birds with 2 cats. The only time she speaks nicely is when she talks to these 8 animals. Sometimes, we all wondered in her eyes, we are worse than those animals, probably we don't deserve her to talk to. Those 8 animals are actually human beings but non of us. Well, but that's not the reason why I hate her; it's her attitude and spoiled personality. She thinks she is the most knolwedgeed / pretties person in the world. In her eyes, everyone else is fucking stupid, even those bosses who hired her...lol. Therefore, you don't have to expect her to be polite to you because whatever good came from her mouth ain't true. Her act is the greatest in the world......she should thank to her parents who sent her to study in Europe for "drama" since she was young.

Anyways, I was very worried about myself to become like her when she turned mean and hostile to others, attack others with bad words. That bothers me a lot because I don't want to be affacted by her at all. Those words are not nice at all and she said it like she lives with it. And what worst, her hostile attitude did affect my emotion at work. I hated when she started to say those mean words so I had to walk away for a while to ease my anger mood. Sometime later, those mean words were being used on me....I become the one she started to attack. Well, not that I did wrong at work, it's her who couldn't control herself to release her bias on me so after three months, I had enough of it. I quited with a strong attitude but she got what she wanted to get ride off me.

Now, I am repairing myself to return to the person I was. I don't want to be like her, to be mean to everyone else. It's kinda hard because I've been in that situation for too long. I was tensed and defensible for too long, like turning to a hedgehog so fast that I didn't even realize. Maybe it's a way to protect myself but it has become way too much to treat others, it's not fair for others already.

Anyways, I hope someday soon I could become myself again. Thus, I have to be more posistive and think posistive. Try to smile and everything shall be okay. 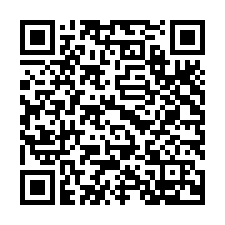