I have this colleague, Derek, who is working in fabric trading department. He caused many troubles for us, mostly because he is poor at understanding others. At first, I thought it was my fault on expressing myself, but the truth is that he does have this kinda problem to everybody.

Even though he caused many problems for us, I still pretty admire some of his attitude somehow. It's not a new thing to see him got yelled by somebody; don't even mention he got yelled by my supervisor. Well, my supervisor is well known as very good at yelling.....she even can call that person "stupid cow".....with a very annoying sound. A lot of time, we just feel so released that it's not us to be yelled by my supervisor. Anyways, under a very normal situation, the person who got yelled must feel bad, and mostly, this bad mood will certainly show on the face. BUT not Derek, he could still act in the very same way, and even laugh out loud. Perhaps, you might think it's because he has no feeling. But we all believe that it's because he has very high EQ.

Well, last evening, when I waited for that god damn slow bus in the bus station, Derek came to wait the same bus with me. Thought that he lives around my place, but he was going to a gym/club to exercise. And the class he attends is for helping people to ease their depression. I was so surprised about it, coz he will be the last person came into my mind who have this problem like this. I didn't ask him too much, because I think it might be too personal. Thus, the next day morning, I tried to ask him what's going on with him. By the way he talked about it, it seems to be serious, and it was caused by a relationship he had before. WOW WOW WOW....Stop stop stop....okay, I didn't mean to know that much because I just wanted to show my worries, especially I used to have a classmate had the same problem and ended up jumped out of the floor, suicide. Don't mean to gossip around tho. But I do really hope that he will be fine soon. Thus, I wish him luck & being more faithful for himself.

After that, I heard my supervisor said that he will leave to study in UK this August. He seems to have problem on getting used to work in the society. Thus, we all think it might be a good thing for him to go back to study (even though he is probably 30 something now). Well, I just hope that he will be better soon, after all, depression is not a good thing at all, coz you really don't know where this feeling will bring you to.

Despite whatever Derek did, I do really hope that he will feel better soon. It's surely not an easy thing to cure. It takes time and a lot of effort to change a perspective. Anyways, wish him luck tho! 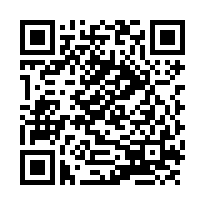