Frankly, I didn't finish this book yet. I only read half of it, total is about 420 pages. I don't quit remember why I purchased  this book in the beginning, but I do remember that I read its instruction for many time without really realizing what it's talking about, and I just bought it.

When I started to read, I thought it's mostly about buildings, arts, and stuffs that I don't really understand. But who cares, it's a novel, so it's supposed to be understandable. Besides, I thought it's about an old man built a house for his lovely wife.....however, I was totally wrong!

It's about a wife who met a famouse designer. They fell in love, and then abandon their own family.

What attracts me a lot is the way the author describ the feeling for that woman. The sturggling between choosing her own life, chasing her own happiness, and her children. I always think marriage is the biggest rick for a woman to take, because, to be honest, she gives up everything to devote herself to another family. She needs to be very brave to promise to get married. Unlike Western culture, divorced women don't really be treated well in Asia. People tend to tag some kinda "imagine" on diverced women....poor, not good...blah blah blah. And a lot of time, women refuse to get divorce, because they don't want their kids to live without a father.

Okay, even if this divorced woman stepped out her first step to live with another guy. Will she feel safe to be with him? No offense, but I do think that guys can do things in more direct way. I meant when they don't want something, they just walk away without too much thoughts. But women usually tend to concern many things, concern how people will look at them, concern what's her action will act others....blah blah. Thus, women are more sensitive, and easliy afriad of things might go wrong. And how great they could be when they say yes to a marriage.

Well, maybe my thinking is too traditional, because obviously, there are so many cases in this world showing totally opposite thing.

But, believe or not, I did tell a male friend of mine years ago that he shouldn't take his wife for granted, coz she gave up a lot of things just to be with you.

Anyways, I will keep on going the rest of book to see what's going on in the end.... 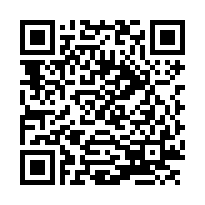