"If I knew you are going there for him, I will help you pick up something more to bring over." She said. Do you hear that? That's what she said, and that's exactly what she told me yesterday.

You have been worrying about if they will like you or not. It's exactly the same way I worry about when the very first time, I met you and your family. What if they don't like me being a foreigner, what if they don't like me because I say anything stupid, or what if you just hate the way I am. And you know what else she said? " No wonder you were looking for shirt before you left" I didn't even remember that I was trying to pick up some clothes for you, but she remembered it.

That night, I was taking a walk as usual with her. We sat down in a park, a park she thought it's not a proper place to stop by because me, her, and another person were sitting in this same park talking for couple hours. All the time, she was afraid that this park would bring me some bad memories so she refused to stop by for the past 5 years. However, we sat down in this park again, and I promised her that no more bad memories can hurt me, so don't even mention to hang out in this park. Thus, I feel free to talk about that "another person", I had asked myself thousand times few years ago where I did wrong, but someday, I realized I did nothing wrong, it's just we are not right to each other. That another person just never appreciated anything I did, to stand up for him, to take care of him when he's all alone, to do whatever I can do to make him happy, and never cared about if I was happy or not, because I thought I was. And then one day, someone asked "are you happy to be with him?" That's the question bringing me back to the reality....I was stunned, because I know the answer was "I am not happy". And that's how I realized that all the past 2 years, I was torturing myself to think that I was bringing the happiness to that person, but that person never thought of appreciating me, no matter what I have done for him.

It took me 3 years to realize that all the tears for him are not worth. However, when I look back, I appreciate what he has done for me, because I've learned how to treasure. Therefore, I told her, "he made me become to be satisfied easily".

My relationship with my ex, I was like a reporter. I had to ask for permission whenever I left my home. I had to tell where I am going, who I am going with, and when I am coming back. If I didn't ask for permission, he would be made at me if he found out, and he wouldn't talk to me for days till he thought I will never do it again.

Therefore, that day, I was so touched beyond words. You were at work chatting with me via MSN and all the sudden, you got offline without telling me why. But after couple minutes, I got your phone call to tell me that your boss asked you to go to another office, so he dropped by your apartment to use your free phone to tell me that you wouldn't be able to chat with me, and ask me not to worry about you.  I told you it's okay because I know you are at work, but I was so moved, because you don't want me to worry. Nobody ever called me to tell me not to worry about them, nobody really cares if I will worry or not, even they know I do worry a lot. And you are the one who knows, and understands that I am worried, so you rushed home to call me. That means you care, and I was so moved.

It's something very small, but you notice it. You don't really put everything into words, but you do show by doing it. It probably means nothing for others, but it means thousands for me. People might laugh at me because "I am satisfied easily" by a phone call you made, but I don't mind what they think. I know what I am looking for, and you have done many things that mean a lot to me. Yes, we don't talk every single day, but I think you've known a lot about me, I feel so.

Hence, she said, "If I knew you are going there for him, I will help you pick up something more to bring over. I will pick up some more stuffs for you to bring it to him." She understands now, and you don't have to worry too much now. Later, another day, she said in front of me, "if my son-in-law isn't able to afford to purchase a roof for my daughter when they first got married, it's fine for me to let him and my daughter to live with us for a while."

So, did you hear that? That's what my mom said! 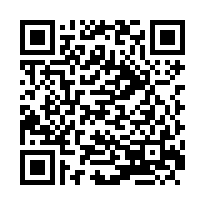