Many of my friends agree that I am good at drinking, but I don't think so, I just have dare to drink. Maybe I do not get drunk easily (like getting drunk after a shot), but I do know exactly when to stop drinking.

If you want to do business in China, you must learn to drink. People there oftenly drink with bowl, not glasses, especially if you are drinking with people who work in the factory, or live in the countryside. I was lucky in those 9 months working in China, because I didn't have chance to drink with people work in the factory, or those who only drink with bowls. However, I had this boss who loves to drink a lot, and when he drinks too much, he would definately want to dance. Thus, from time to time, I would be called to bars at 10pm, even I have to work at 9am next morning. And you can imagine before we arrive bar, my boss has drank some already, and he just wanted to go there enjoy the music and get the alcohol out of his body. However, my boss is still a good drinker. At least, you never see him act stupid by touching girls or hanging there or forcing people to drink with him. He just needs to dance, a kinda dance you only could see in Disco 20 years ago in Taichung.

There was a customer of my colleague from USA, he is actually Jewish who grew up in Canada, and then moved to live in NY after got married. He flys to China for business frequently, and it's not hard to tell that he is doing very well in Chinese clubs. That night, I was kinda forced to join them to go to the bar, because my colleague doesn't speak English at all, and my boss wanted me to have chance to talk to the client in person. Of course, no body wanted to talk about business when you have chance to drink, dance, and search for hot people in the dance pool. Thus, basically, we just talked a little bit and take a zip. After couple hours, this customer likes to find some fun so he came to me. He saw me not really talking too much, and only took some zips. So, he brough over his drink, and made sure both of our drinks were in the same quantity.

Apperently, he wanted me to bottom up, so I didn't have second thought before took that shot. He was shocked a little bit because he thought that I don't drink, or cannot drink. Then, he pulled another shot for me to see if I was acting. Okay, I got it, and you know what, don't mess with me....so, I bottomed up again without having any expression on my face. And now, he started to realize that I am not just a normal girl. So, he decided to move back to his seat and told my boss that I am actually a dangerous woman, because no one likes to bottom up a shot of pure Johnny Walker, even my boss hates to drink in that way. And that night, I wouldn't give any chance for myself to get drunk before we sent the customer back to his hotel. We drank and danced a lot. I could remember exactly that I was in hell the next day, because I had to work whole day, and my head was like almost exploring. One thing for sure is that I wasn't drunk at all because I remember everything happened that night. My colleague even forgot he cooked a pack of instant noodles before he went to sleep, and he even fell asleep right next to his bed on the floor. Hahaha.... 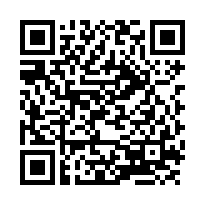