I saw an old couple while I was waiting the bus in the bus station today. What attract me is that they are foreigner, and they are with an around 4 years old kid. This old couple is very old, well I don't know how old, but their hairs are all white, and skin is filled with wrinkles, but they don't walk very slow.

I was curious why this couple would show up on the Taipei streat, so I supposed that that kid's father should be this couple's son, and they came to visit them. And yes, I should be right by looking at that kid. I even missed my bus because I couldn't help myself to look at them.

And the reason I looked at them is because the way they smile. They were not smiling at anybody, but they smiled because of happiness. I could imagine that they were very happy to have chance to spend some time with their grandchildren by flying all the way to Taiwan. That picture was so beautiful and I couldn't help to smile by myself, too. ^^

Last year, I was in a world textile exhibition in Shanghai. It was crowded, and very hard to find some good food to eat in the exhibition. One day, I went to Family convenience store to buy a bottle of tea. I found a foreign couple (should be French) was there trying to figure out how to pay what they want to buy because in China, they don't really like to wait in line, even there is a line, they don't really keep in order, a lot of people would try to cut in anyways. They don't give it a damn!

Thus, that couple was very nervous and seemed not to know what to do. Then, the woman finally came to the counter in front of me, and found she might be able to pay here (even she actually cut in the line right in front of me), she was so happy and called her husband's name and said "ici, ici (means "here" in French). And then, both of them were so happy that finally they can pay for their instand noodles before they put them into their stomach (I guess they were very hungry already because they went to get hot water immediately right after they paid).

I wasn't mad at her cut into the line, because I think, first, they should not be that anxious while they purchasing stuffs from stores in China (I could understand their feeling because I feel the same way sometimes when I was there, it's more like you are afriad that some Chinese will come to yell at you, and you are in their territory, you don't know what will happen next), okay, I was kinda pity them; second, I love the way they talk. I really wanna go back to study my French, and I specially love this couple is because they talk softly, not like Chinese people like to yell a lot; third, they remind me my Canadian French friend's parents. They are very nice and always speak nicely and softly with smile on their face.

Thus, maybe I didn't step forward to help them find an available counter to pay for their food, but I leted her cut into my line (haha). Anyways, I was just happy that they found the way out. Maybe you don't quit understand why I felt so glad, but if you have been staying abroad, you will definately understand that you must appreciate a lot to those who might give you a hand when you feel lost or get lost litterally. Those who could really help you are around you, not anybody far from you. Perhaps, those people you had helped don't really remember you, but for me, I still feel happy sometimes that I could offer my help, even it's way too small without getting anybody's attention. However, I earned to see the happy smile from this couple.

And I am smiling now because of them. ^^ 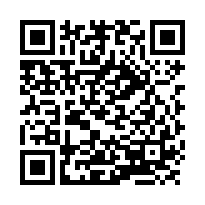