People said the world is actually small. This saying can suggest "The Internet brings everybody together" and also "accidentally bump into someone". For my situation, it's the second meaning, and furthermore, it is totally a bomb!! Hell....

What's more annoying is that I am in that class with students from rich family. I am not saying rich family is wrong, but it's just some of their perspective isn't what I can imagine. And I don't still quite understand why 20 years old college students can chase each other on the hallway as if they are still in elementary school (Seriously, I don't get it at all!! Anyone can explain it for me pls?) Anyways, lets just say that I might be the wrong one who didn't enjoy too much of my childhood. Okay, so you can probably guess that I am not very close to my classmates in college, and yes, I am not close to them, even there is only 17 students in our class. Oops, I seriousely am a loner! (haha)

Last year, the only couple in our class got married. They actually got engaged an year before their wedding, and announced that they would get married last year. At that time, I had a bet with my friend (also one of my classmate) that they will not give me the wedding invitation. He beted that they would. However, he had to promise that he wouldn't remind this couple to send me the invitation. Sure, I won in the end, even my friend cheated by reminding them, and then they kinda refused in the end. Thus, I won the bet in a very ugly way, but I don't really care that much since I knew it already.

So, what was the bomb I got yesterday's interview is that I went to the company which that girl works for since she got graduated. I did not know before the interviewee (also her team manager) told me so. What worst is that I am applying a position under her! Well, her team manager seemed like me somehow, but like what she said, she has to take to my old classmate about which one from all the candidates should be more suitable to work for their company. This manager asked me couple times that if I will feel okay to work with her. God dammit, how can I say "fuck you woman, are you out of your mind, this so call my fucking classmate blow up everything last year, how come you expect me to fucking work with her. And guess what, I fucking dislike her husband, he is totally an asshole!! (sure, I have my own reason)" ! Hence, I smiled and told the manager that "No, no, no, no, no, I wouldn't mind at all", even in my mind I was screaming "shit".

For me, it's a very big bomb because I really don't want to let anyone in our college know anything about me, even though they don't give it a shit! Anyways, I guess I just move on ~ :P 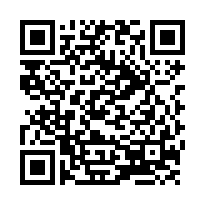