Recently, I found an interesting TV problem on Discovery. The show is about two guys, Mark Anstice and Olly Steeds, live with a tribe, called Mek, to experience their unknown culture and also learn their living style.

Of course, it wasn't easy to get to know them since you know nothing about this tribe, and they sure do build a big wall to protect themselves from people outside of their tribe. Therefore, Mark and Olly have to do everything they requested to prove that they are friendly, would love to get to know them, and want to be accepted to be part of this tribe.

From looking at this show, I found it's very interesting to know a different culture. I have visted Egypt, Greece, Canada, USA, Malaysia, Japan and other countries as a tourist. To be honest, being a tourist cannot really know too much about their culture, and the easiest way is to live with them for a while. I have lived in MI, USA for 8 months, but I don't really learn much about their culture because we have already seen a lot from Hollywood movies, and I was there as an exchange students, most of things I encountered are related to school stuffs. However, I was also very impressive about Egyptian culture. I didn't stay there for a long time, only about 2 weeks, but because I stayed in a factory, and hanged out with the female security of that factory a lot, so I learned something from them. And the most interesting thing is that even though we spoke totally different languages (I spoke English to them, and they spoke Arabic to me), I could understand them after couple days. It's NOT like I could sudden speak Arabic, but I just could guess what they tried to express. I was kinda proud of myself because I was the only one who did try to know their world. Unlike other members of our group, they just stayed together and looked down those workers in the factory.

Oops, I am gone too far!

What I saw so interesting about Mek is their culture. Men look women down, and women look men down. They live separately in different places (how they have babies, i don't really get it yet), and women think they do better at work; men think they do better than women. However, women are still considered as lower class than men. They believe in spirit a lot. Whenever they think something might bring bad spirit, they will kill a big to prevent it comes. It's pretty similar to certain culture or religion that they believe that sacrify some livings (people, animals, or giving blood) can get ride off bad stuffs. If you want to get married, man has to give at least 3~5 bigs and some other valuable things to woman's family. If the woman got pregnant before getting married, man has to give 10 bigs. If man cannot pay, woman's family can decline this marriage, or just curse this couple with bad luck. And then, after getting married, once the woman has one baby, her husband has to give one big to her family, too. When comes to funeral, they choose to use cremation. And they have to make sure the smoke will not fly to their village, or it will be considered as bring bad spirit, too. They have to grow their own food, if it's not enough, they have to find it from the forest, or rivers nearby. And sure, men usually find their own food without sharing with women, and same thing as women.

I think Mek is funny because I just wouldn't understand most of their perspectives, or the way they value things. And I would never judge them, because it is the way how they keep their society working till now. Thus, I give my respect, and I do really hope that Olly and Mark could survive better for the coming weeks. It's surely not easy to live in a totally different and even unknown culture, or living style, especially we never know what kinda movement/word/attitude may piss them off, or worse enough to make them think of killing or hurting Olly or Mark.

Okay, I am not hired to make any free commercial here, but if you are interested in knowing Mek or wanting to know why I like watching it so much, go watch Discovery channel on 11am (Mon~Fri..maybe) and then you would know ^^.

Peace....oh, by the way, it is Earth Day today.
Please LOVE OUR EARTH! You know what you can do?? Unplug before you go to sleep. 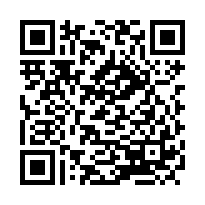