G is my best friend ever.

That was a picture of blue eyes on G's profile of skype, and he came to talk to me. I barely remember our first conversation, but he's never been gone from my life since then. Later, I started to know him a little bit and also his present girlfriend. His girlfriend is a very beautiful girl and it's not hard to tell that she loves G very much. How? HA...G is a super lazy person who doesn't clean or cook in their apartment. He is so fucking lucky to have this girlfriend to do everything for him, and no matter how late his girlfriend works, he always waits till his girlfriend come home to cook, instead of making his own food or even making some for his girlfriend. He just never helped!!

Despite of his male chauvinism, G and I are very good friends in distance. It's never been an easy thing for me to make friends, so don't even mention to make one online, due to I am not a outdoor person who is very good at hanging out at home. And another factor is that I happen to know many people from rich family, and I am just not familiar with their perspectives, so it's hard to be their friends. Anyways, G and I have many things in common, and funny thing is that we tease each other a lot to being so fucking lazy to stay at home a lot, and always promise to each other that one day, we will meet and kick each other's butt.

G is actully younger than me for 2 months, and his girlfriend is about 2 years younger than us. But you know that Asians mostly look younger, so I always tease G that he looks so old, and much older than me. He never admits that, of course, and insists he looks younger. Recently, he started to wear a black thick frame glasses, so to be his best friend, I had to tell him that the glasses make him look older, even all of his friends in France said differently. He was so pissed, but I offered him a very good excuss that to be a good friend of his, I cannot tell lies to him. Hahahaha~ so now, he always took his glasses off whenever he turned on his webcam. And I always blamed him that the reason he has to put that ugly glasses on is because he prefers to live in the dark, especially when he is sitting in front of his computer. That's very bad for eyes, but he never listened.

Yes, we teased each other a lot, and I always laugh in front of my laptop a lot whenever I am chatting with him. But we also fought once in a while. We had this argument the other night, because I teased him again. He is going to have 2 weeks off from work next week, so I teased him to pick me up from the airport in Paris this Sat. He was stunned, and couldn't figure out what the hell I was talking about. And then, I started to complain that I won't go because he was stunned, and that's rude. Thus, he explained that it's because I told him that all the sudden, and he didn't prepare himself to figure out this can be true. And then I told him that I was just joking around. I don't think that I will do so, because I don't want to be the reason to get his girlfriend to get made at me, especially I respect their relationship a lot.

He, then, started to act so disappointed and didn't expect me to say that I don't want to meet him, even we had said so many times that we should meet some day. However, he cannot argue with me to respect his girlfriend. Of course, his girlfriend knows a lot of things about me because he never hide me from her. But from my point of view, I don't want to cause any inconvenience for anybody. Lets say that I know girls get jealous, even there is nothing happening. And hell, I totally hate to be the reason to cause any of that!! Therefore, I cleared my position to G, he understood, but doesn't really want to accept. But I tell him that we will see....maybe someday I will make it to France, and I believe that I will find no excuse not to meet him since I fly all the way. And if he fly all the way to Taiwan, I cannot be a bad Taiwanese!! After all, Taiwanese are the most friendly people in the world!!

I like G a lot because we feel comfortable to talk to each other anything, and we have many things in common. We all love musics, movies, hanging out at home, and teasing each other. And we built a good friendship because he knows me, and I know him. He can know when I am going to say things he doesn't like to hear, so he asks me to shut the fuck up. I can tell when he is going to say something stupid, so I could tease him back. He hates me when I don't have confident, and I hates him when he flirts too much with his workmates behind his girlfriend.

I think the reason we can be good friends is because we are honest to each other. We say things straight without leaving too many puzzles. We don't hide our feelings, but speak up immediately. And we always encourage and support each other as much as we can, even we are so far apart. Thus, sometimes we are like best friend, and sometimes we are like family.

G always says he doesn't want to get married, but I am sure that when he is over 30, he will, even he doesn't believe in me at all. Hey.....buddy, you will get married, and that girl is gonna be your present girlfriend. Wanna bet?? Hahaha~ wait till that time, and I will definately to tell you that "I told you so!!" 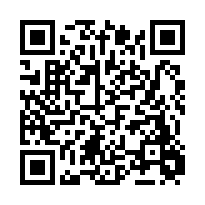