I have a date tomorrow with a girl friend who used to work with me. She is over 30 years old without a boyfriend, so I thought why not to invite her.

Last week, I was chatting with my cousin who ran his ass back to Taiwan from China like I did three months ago. But it only took him 10 days to leave everything behind, me....I took almost 2 months to get the hell away from that hell. Anyways, he's back to Taiwan for over 5 months, and didn't really intend to find a job so far. I was chatting with him to see how's everything going, and he knows very well how much I want to get my ass out of my mom's control, too. Thus, we were making joke like maybe he could take me with him to go traveling, and then we could split when we arrive some other country. Therefore, he could help me to get the hell away and find my Mr. right there. However, he also mentioned something that maybe I should give it a try!

He and his bunch of college friends went to a temple which locates in Taipei could help people find their Mr. or Ms. Right if you there and ask. They went there, of course, for asking some good luck. After around 6 months later, all of them found very good girlfriends/boyfriends. My cousin found his present girlfriend who never stepped away from him even he was far from Taiwan all the time. And they are still together now...we all think that they should get married someday in the future. So, he suggested me to go to that temple to get some luck, and I gotta make sure what I want without mistakes.

Since I am going there with my friend, who also needs to find someone, I had better figure out what I want. Shit....It's ironic that I was used to know what I want when I was younger, but I don't really know lately, because there are too many things in my mind. No wonder there was a coworker telling us that if we want to get married, we should get married immediately, because when we grow older, we don't want any more. She was damn right about it, coz I don't really have gut to carry out those dreams any more. There are too much to concern, and too much to worry about what's coming in front of us. However, I still have to figure something out.

(Something comes into my mind quickly is that) I don't want anybody like my first ex. No...no...nothing like him at all. Okay, so he cannot be so damn rich, cocky, full of romantic shit, and lies. That's necessary condition! (So, I at least need to find something positive to tell tho)...okay, a kind heart, a thoughtful mind, and the kinda people who share similar perspective as I do, but always knows exactly what he wants (Humm...sounds good...and maybe a little bit like my best friend). A great sense of humor, always support me, try so hard to be there for me, laugh a lot with me, share everything with me, and as if my best friend. (Oops, I guess I might ask too much)

Humm, it's really hard to figure it out tho, especially my mind is filled with "reality" instead of "idealism". It seems that nothing I mentioned above can be totally realized. Always, nobody can be perfect or be what we want. It's like I think my best friend is the best lover ever, but there is no chemistry between us. What's between us is the best friendship I have ever had, and maybe it's because of no chemistry, we could be best friends like this for so long. Thus, of course, I'd love to keep it in this way!

Thus, what is that I want? Perhaps, I would prefer to have somebody like my best friend, but with chemistry this time. Ha...we will see what comes to me tomorrow when I reach that temple. 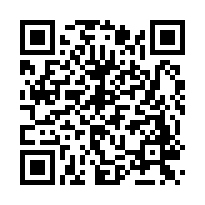