That night I was sleeping in my room, and woke up for no reason around 4:30am. I sit up for couple seconds, and then lie on my bed again. At the same time, I heard the voice from television outside in the living room (my bedroom is right next to the living room, and actully the television is stuck on the wall of my room, so I can hear clearly). Anyways, I thought that there is somebody watching the TV and then I checked my alarm. It was around 4:30am. At that time, I thought it was my mom because she sometimes couldn't sleep at night. However, after I asked everyone live in the same house that night, they all denied it, and they came out the comclusion that I was just dreaming, even thought I know I wasn't.

Then, later that night, I asked my brother check if the television has the fuction of "auto-on" or "auto-off" by setting specific time. Well, yes, it does have this fuction, but only can set "off", and what worse is that there is no setting. So what the hell happened???

Lets say, I was dreaming and who cares. Then, I watched my TV in my own room and I put the remote in my desk in front of me. I was watching CSI, and when it came to commercial, the channel was switched by itself to E movie. (what the .....) Doesn't matter, I switched it back to AXN to watch CSI and pretended that nothing serious happen. Maybe my mom was using remote in the living room, and it somehow connected to my telvision. However, I couldn't help myself that there was one night, my TV was turned on after I headed to sleep for 2 mins. And I was the only one still awake at that hour...kinda creepy but I thought maybe I pressed on "sleep" button.

Anyways, we didn't think it's a big deal but keep doing our own stuffs that night. I read my novels till 12 something after all of my family went to sleep. And then I heard someone woke up to pee in the restroom. "knock knock"...I opened the door and it was my sister-in-law, she was like "the TV is on!!!" When the time I walked her to the living room, the TV is off.....errr...what happened??! And then my sister-in-law ran all the way to her room by herself. (haha) I didn't think too much but went to sleep around 1 am. But sure, I did not sleep well because of this weird TV problem.

Next day in the morning, my sister-in-law couldn't help herself to telling this weird thing to my parents. My dad was like "I guess something wrong with our TV coz there was one time, the TV switched to a picture by itself, and then I couldn't change the chanel or turn it off. So, I just unpluged it to make it disappear." I was like what the fuck....okay, that doesn't make sense!

That seems to be a bit crazy....so what the hell happened??? 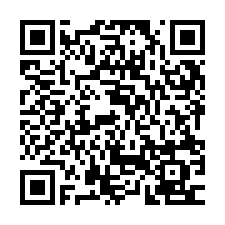