A friend of mine sent me a mail today about tiny frogs. It is a stroy to courage people to do their best under this kinda economy!

So, here is the story:

A bounch of frogs are having contest this day. The contest is to climb up to a tower. There are also many audience cheering for them. As everybody may know, it's not really possible to a frog to climb up the tower, so the audience keeps yelling that it's impossible to win the contest and you should all give it up. Thus, gradually, many frogs quit, but till the end, there is only one frog win it. Why? You may ask. That's because this frog is deaf!

The story is telling people that whenever there is someone telling you that it's impossible to do something, you should not listen to that person, instead, you should work harder to make thing happen!

So, here is one of the options, you can play deaf!

I am not sure if it's a good way tho, but I guess it works sometimes. Like when my boss is acting stupid by saying things she should not say, I play deaf, and somehow, I learn to say "yes" to whatever she says, but make sure that she will not blame me on the same mistakes. Many people told me that to deal with this kinda annoying boss who likes to bossing around a lot is just simply playing deaf. Words can go in from my right side ear but go out from my left ear immediately. Well, sure, if you got used to do so, it's not really a big deal. But gee, if you can do like this, maybe you are turning to be like this boss somehow....someone told me so!

For me, my problem is to care about others' opinions a lot more than I can imagine. It seems that everything is matter to me, but of course, I will be only torturing myself in the end. My close friends who know me well always understand that I am always playing to hard on myself, because I tend to blame myself first before leaving the problems on others. That's why I torture myself a lot which case me have problem on sleeping sometimes!

Not only others say so about me, I know myself well, but as an old saying, saying is easier than doing. I always cannot ease myself or just let it go! I have to go to talk to somebody, a right person, who can give me the key words to help me release myself. Sometimes, I even wonder that I have mind problem, like melancholia, which I did seriously think may really have!

Who knows?! Maybe one day, I can really play deaf to many things!! 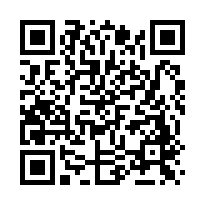