In Taiwan, many people consider people who born during 1980~1990 are all straberry. Why straberry? Because straberry has beautiful outlook, but with very soft mind which means they cannot take any stress.

Straberries go to work late, leave the work early, take days off for no or stupid reason, don't work over hour, cannot take any stress, are usually irresposible, and are selfish without manner.

I was very surprised about this definition about people in that age, especially most of people do think so. And I was used to fight back because I don't think I am one of them, and people around me don't really act like this way.

When I got into this new company I work for now, the boss complained about these straberries to me for half hour, and I do really try to defind myself once. However, non of the statement can prove anything, but only my action and working attitude. And somehow after over one week work, my boss understands that maybe I am not in that group. But the other girl who was also new there was that lucky. She quited just because of certain stupid reason, and the boss does think it's a relif that she quited by herself.

Last Sat, we have a new employee. She came to work 15 mins late, used MSN chatting, used company's phone for personal using, and it was her very first day at work. Today, the boss asked me to meet her in the office, she told me that she would fire that new girl today because she used MSN which is strictly not allowed in the company. And she thinks her working attitude is very bad. Besides, she told me that I need to prepare myself by handling everything on my own, and accepts the truth that there will be people coming and leaving lately. Also, she maybe kinda warning me that I should work harder to keep my position now.

It was a scary meeting because somehow, it's again another big responsibility for me. I am sure that I will do my best to do my job, but I really do not know how high her expectation on me. Besides, she also reminds me that I have three months testing period, and who knows, she will fire people all the sudden.

Not long ago, I was sick of proving anything to anybody, and I thought it's because I maybe live under others' shadows. However, when I look back, I found maybe it's just part of life, and it's not avoidable. So, at this stage, I gotta aprove that I AM NOT STRAWBERRY! 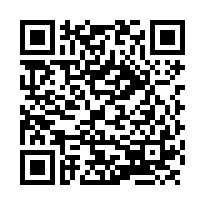