What kinda lips do you have? In American culture or the western culture, they think women who have thick lips are kinda sexy.

When I was in junior high schook, I studied in girls class. At that age, I guess it's cool to have only girlfriends because we didn't know what's so called "small groups", but just being friendly with each other. One day, there was this classmate who told me that people who have thick lips like to cry more, so that make me one of them. I was surprised about this theory, because she's right about me; I am kinda people who can be very emtional. Sometimes, I think I am too fragile, but somehow, I don't want to admit that, because I don't think it's a bad thing to be sensitive or even more thoughtful.

My thick lips make me who I am? Maybe! My brother had tole me once "if you have ability to lift it up, you should have ability to put it down" and his theory is right. But I am human being, the sort of human being who is accidently think a lot more than others. So sometimes, I wish my lips can be thinner, because thicker lips make me torture myself emtionaly; but sometimes, I appreciate that I am not like the others, because I do care!

If you want to set the kite free, you have to cut the line, but it's never an easy thing for me, because I care, because I want the kite that doesnt belong to me. But I had to so that I keep it in me, to let it tortured myself a bit by a bit, till the day I ran away from the loneliness. Most of time, I thought I'd forgot the thing I let go, but somehow, when I sober, I found that the feeling to own this thing is still hanging in my mind and never really gone, so I just lie to myself over and over again that everything will be fine.

I'm afriad of myself sometimes because of my dark side. I remember once I had  this weird experience brought me to the darkest part, and whatever my family did, I only slept on the bed without saying a word, but unstoppable tears. It lasted for couple days, and till now, I don't recall how that happened, and how it ended. It's like I lost the part of the memory. The good thing is that I don't think I will put myself in that part again, since I've learned how to rescue myself.

I am not sure when I will open my mind again, or what I have been waiting for, and I wish some days I will figure everything out and then make it right.

If it's ture about the thick lips, I accept it. Anyways, it's just one of my crazy talks! 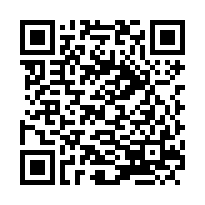