The only thing my professor asked me before I left to study in USA is to learn American culture, which mostly is to speak up. He was right about me because I am like my father who rarely speak up, prefer to listen first, but one thing very important is that, whenever he speaks something, that means he is very serious about it. Thus, we never tried to mess up with our dad when he starts to speak (well, I am not that serious as my dad, at least I speak to my close friend a lot).

I remember after I got back Taiwan from USA, I went to school for arranging my graduation. My professor talked to me for a while and his first comment for me is "wow, look, you speak more now". Well, holy shit, he was right. Before, I mostly comment yes or no or short sentence for others' question, but at that moment, I spoke about five sentences to answer my professor's one question. Hahaha, I guessed I really influenced by American culture somehow.

Today is my first day workin' in the new company. As usual, I don't speak more when I go to a new environment and face total strangers (although I did quite well when I had interview, I spoke more). I don't really not familar with what will occur, because I know most of people think I am a very serious person when they first met me, but found me actually an easy-going person after they know me for a while. Thus, if these new colleagues thought that same way, it will not surprise me at all. After all, they will understand that I am actually not that serious as they thought.

Anyways, we had meeting with our manager and another new girl today. For me, this kinda girl is annoying for me because she just cannot not stop acting like she knows everything, or even being quiet for God sake. On the other side, me sitting opposite to her become a totally different person. Of course, the manager isn't a kid so she could see things through in short time. She came out this conclusion that she thinks that new girl is more like a boy (although I think she is totally an annoying girl), and I am more like a quiet person who is being more steady, and mature.

Well, I had been told many times that I do NOT act like my age, and I do NOT think like my age. Even the online test shows that my mind age is actully 32 (which indicats I think older than my actual age). I won't agrue this point tho because I do totally agree with it. A lot of time, I really don't understand why those who are around my age will do things like that or say things like that. However, it's not surprise that I sure did do some immature things before.

Thus, probably I turned myself back to the person who enjoys being quiet now after staying China for 9 months. Hahaha, so sorry professor, maybe I've already changed back to who I was before.

There is actually a part of me who wants so bad to be who I should be by living in Western countries, such as USA and Canada. Of course, I did fight for it couple times, but the failure never made me change my mind.

My dad had complained once that "how come I have this kinda daughter who only falls in love with foreigner, especially non of us in my family is a foreigner, so what happened to my daughter?" Of course, he never understands and neither do I. I really don't know why or when I turned to be this way, or you can say that it's actually in my blood.

So, I joked with my best friend, Gino, sometimes that maybe in my last life, I was a foreigner. There was someone even saying that maybe God misplaced me to Taiwan, I was supposed to be an American. My brother even complained once that I am so fucking American.

However, I really do not fake all these stuffs. I just feel comfortable to watch American movies, live in their country, reading their news online, or browsing their websites. Well, who cares what others think, as long as I am comfortable to be myself, besides, what I believe doesn't mean that others should believe, too. 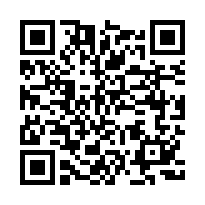