This girl I met when I was in USA. She is a very smart, strong girl, and always know what she wants. However, I ran away from being her friend after three weeks, because somehow, I found myself being ruled by her in many ways which means I don't really have right to choose what I want, but totally follow her orders. But to be with her, you will not be harm for sure tho because she is a very good friend who knows how to protect her friends, and stand up for you at a very righ time. So, it doesn't surprise me at all to see her work for things about development, human rights, politics, and conflicts.  And also, this girl is from Georgia (a country, not the state in USA), so she has some strong words about the conflicts happened recently between Georgia and Russia. But you know, if you know her well, she is just being justic!

During the time we were studying in USA, she got this boyfriend serving in Georgia's military. They talked on phone from time to time and she always told me that things didn't go well between them. After left the school in one year, she left to study master in Holland. Of course, she again said she wanted to dump her boyfriend because of certain reasons. And again, I told her that maybe thing can work somehow, because it's been so long!

Today, I got the chance to talk to her, and guess what?! She's done her master and moved to live with her boyfriend already. I am actually very happy to her tho because I think it's really a hard thing to keep the long-distance relationship. Look at my Lebanese tutor, he came all the way to Taiwan just to stay with his girlfriend. :P

Well, so I think it's not a hard thing to do if both of them want to be together, as long as they have that "heart" to make it happen! 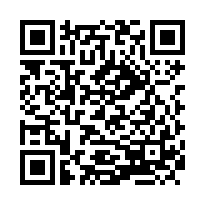