They called this culture difference......

Since I was a kid, I have my own table to put my own stuffs and do my own things. And until we moved to another apartment, I started have my own room and everything, so I didn't really know the feeling when you have no your own place. Like my cousin, she lives with her parents, her brother, and also her grand-parents in a not-very-big appartment and she always admire me because I have my own room. I didn't really know her feeling but finally I started to understand.

After my brother got married, because the parents of my sister-in-law would help to take care of their kid, so my brother moved to live in with them. A lot of time, he told me that he doesn't expect too much that time but he just wanna have his own table so that he could put his own stuffs there and do his own things. Again, I didn't understand his feeling well and after he got his own apartment, I still didn't "really" understand why he has this happy face. His happiness seems more than that. But now, I understand why.....

Last week, I had one week vacation without French classes. It was supposed to be a wonderful since I finally got to rest for one week after non-stop classes for 5 months, but hell, I have this "gout" problem come after me. I thought it wouldn't be that serious but thing didn't go the way I wanted it to be tho. Therefore, I couldn't walk properly for two weeks now.

I have to tell you that it was hurting like hell for more than a week and my feet is like a big bread. When it comes to the night, it's the worst because the blood goes slower when you do not move, so it hurts much more than you could imagine. Therefore, I didn't sleep well for about 5 days. The night before, I woke up almost every hour and it's seriously torture me a lot. 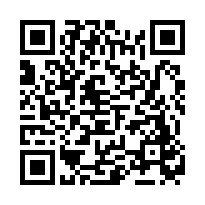